Being an avid gamer himself, Saahil Bhargava has created quite a stir in the gaming ecosystem with his music, and his latest single takes it up a notch! Blood-Starved Beast is a horror-themed song, inspired by the popular game Bloodborne – eerie, fast-paced, and aggressive to the very core. The animated music video tells the gripping story and makes for an interesting watch.

The song revolves around an obsessed gamer finding himself stuck in a never-ending loop to get the better of a Lovecraftian monster. While his determination and desperation finally prevail, the feeling is bittersweet as he ends up losing his mental peace – a feeling most gamers would relate to as they finally see the words ‘Game Over’. 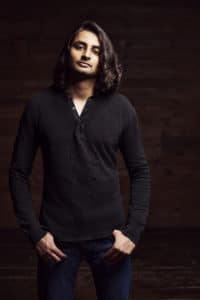 Speaking about his latest song, he shares, “My latest song, “Blood-Starved Beast,” embraces my gamer side. Inspired by the horror game Bloodborne, Blood-Starved Beast is about the obsession and drive that gamers experience, with the thrill of the battle only beaten by the crushing anger of defeat. The music and lyrics of this song explore the “horror” elements of the dark nightmarish environment, as the main protagonist struggles to fight his way through a never-ending loop, much like a gamer stuck on a level.

“Blood-Starved Beast has been brewing for a long time, so I’m excited to finally release it. And I’m even more excited to see how gamers respond to a song that should be extremely relatable, in both nostalgic and sigh-inducing ways. Raise a glass to all the broken controllers, cracked TVs and tears shed over games like Bloodborne.”

Riding high on the stellar feat of two nominations at the prestigious Los Angeles Shorts International Film Festival last year, Saahil Bhargava has built a strong following for his brand of music. Gamers from all over the world have been sharing his music, and more recently, Saahil Bhargava got invited to perform at the Finale of the Penta Amateur League, an esports tournament organized by PentaESports.