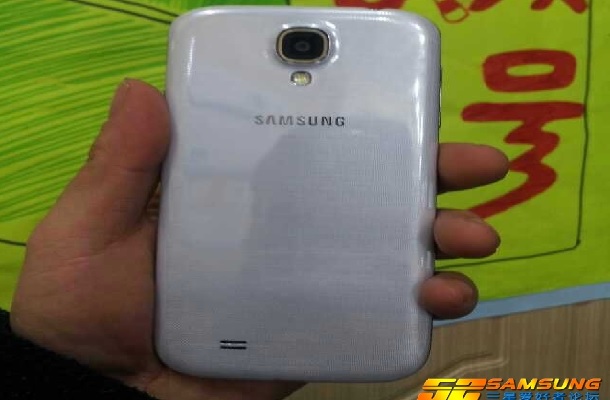 The much-awaited, and incredibly hyped Samsung Galaxy S4, all set to launch on 14th March might just have been leaked. A Chinese website claims to have had access to the phone, and has uploaded pictures (and a video) of the device online.

The Galaxy S4, the fourth generation model of Samsung’s Galaxy S lineup, will be officially launched at a Samsung event on 14 March at New York City. But just days prior to the launch, numerous pictures (and a video too) have been upload via the Chinese forum 52 Samsung. The images seem pretty convincing, but at the same time imply that the Galaxy S4 would almost be a look-alike of the previous generation Galaxy S3.

The phone is modeled ‘GT-19502’, running Android 4.2.1, and seems to have 2GB of RAM, with a “Universal5410” 1.8Ghz, which is most likely to be the octa-core Exynos. If these images are accurate, the specifications for the S4 that everyone has been talking about would stand confirmed.

Perhaps to confirm the authenticity (or generate even more hype), a video of the phone has also been released on the same forum. The video shows the same device, with the 5-inch screen that the S4 is expected to have. Bearing the Samsung hallmark, the device is also running Samsung’s TouchWiz overlay interface.

The video exposes the phone’s back, revealing 2 SIM card slots, the battery, and shows the phone boot up with China’s carrier – Unicom’s logo.

There is some chance that the leaked images might also be that of another Samsung phone – a dual-SIM model sold in China. But that may not be any indication that the S4 might look any different. Samsung itself released a teaser image of the S4 today, and the officially released photo seems to match the phone shown in the leaked photos and videos.

The countdown for #TheNextBigThing has begun. Who’s ready for the Global Unpacked Event on March 14? twitter.com/SamsungMobileU…

Samsung sold about 40 million units of the Galaxy S3 over the past year, and this time it aims to sell 100 million units of the Galaxy S4. If this is indeed the phone, Samsung hasn’t done anything to change the phone’s looks at all, except for the enlarged display – a sign that it does not see the need to radically alter the phone’s appearance for it to sell, instead believing that the current design will still attract customers and get it the sales it is targeting.

Nevertheless, the online community, primarily fans who expected a new look, is disappointed, and might have to wait another full year to see any change in the smartphone’s design. Honestly, the Galaxy S4 is simply a bloated and enlarged version of the Galaxy S3 which may not please everyone.

Whether this really is the S4 or not, will be confirmed on 14th March. We’re all waiting.