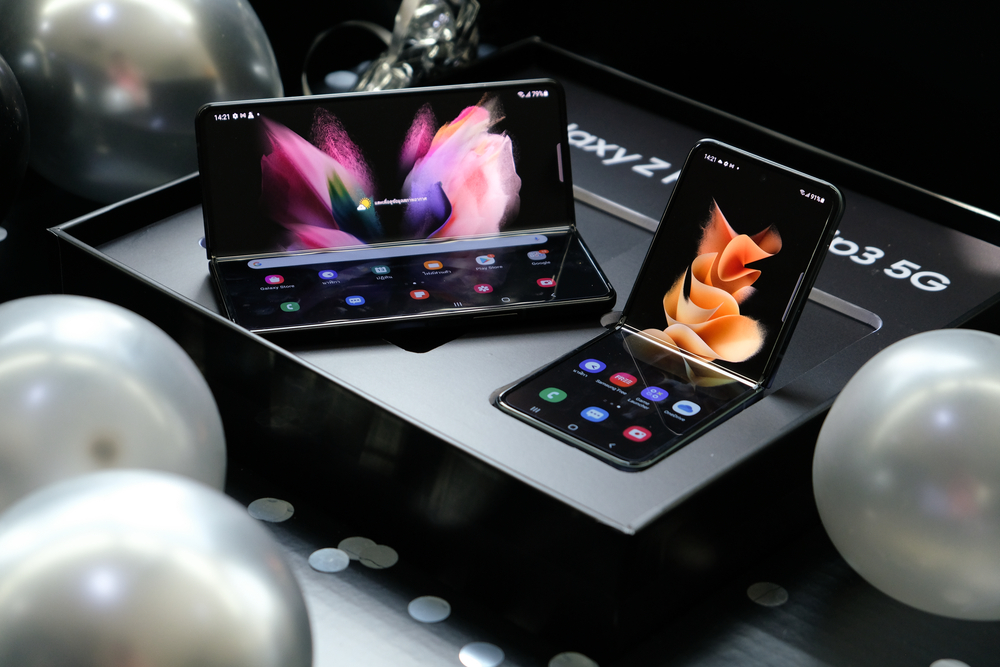 The gaming industry is set for a seismic shift ushered in by the increase in folding smartphones. The latest being the Galaxy Z Fold 4 and Galaxy Z Flip 4 folding phones launched by Samsung in August 2022.

When unfolded the Galaxy Z Fold 4 boasts a screen size of 7.6 inches, while the Galaxy Z Flip 4 measures 6.7 inches. These increased screen sizes are likely to alter the way games on smartphones are both designed and played to accommodate this increase in the size of screens. The processor speed, high refresh rate, and sound capabilities contribute to the immersive feel created by the large screen when playing games.

The advantage of folding smartphones

The folding phones are also set to change the way content is consumed on mobile devices. Both Samsung phones allow users to watch Netflix in HD / HDR10 and folding phones will be popular with sports fans as the screen will improve the ability of viewers to follow the action and identify individual players when they are out and about.

The increased screen size advance is also likely to influence how players of online casinos use their smartphones to access games. Mobile iGaming is already popular thanks to the range of games that can be played on a smartphone, including slot games and traditional table games such as roulette, blackjack and poker. This is of particular interest to players in Michigan, as online casinos and iGaming have been growing in popularity in the Great Lakes State since the legalization of online gambling in 2019. The folding screen will be particularly advantageous for the live dealer games which can be played at MI online casinos, such as blackjack. Folding smartphones are set to play a major role in forms of entertainment that benefit from larger screens.

The boom in the mobile gaming industry

This boom in the value of the mobile games industry has been driven by the popularity of mobile games such as PUBG Mobile, which has recorded 1,120 million downloads and Call of Duty: Mobile, which has generated $1.5 billion in revenue from lifetime player spending. In a further sign of the strength of mobile gaming, US game developer Activision has announced that Call of Duty: Warzone Mobile will be released in 2023.

The advances in mobile phone technology have also resulted in battle royale games now being available to play on mobile devices, such as New State Mobile, which was formerly known as PUBG: New State. The game, developed by the South Korean video game company PUBG Studios, which has achieved over 10 million downloads on the Android operating system, is rated by many, including the game developers themselves, as an improvement on PUBG Mobile with better gameplay and graphics which are more realistic.

A big improvement on the Galaxy S22 Ultra for gamers

The folding smartphone development compares favorably with the South Korean company’s other recent smartphone release, the Samsung Galaxy S22 Ultra, which has been widely criticized for being uncomfortable when gaming and its expensive features which are irrelevant to gaming such as the S22 Ultra’s S pen.

If folding phones prove to as popular as predicted, the Samsung smartphones are likely to herald a change in the design and development of the next generation of smartphones. As the phones provide an improved gaming experience, other operators in the sector will be forced to follow suit or risk missing out on the revenue generated by the boom in mobile gaming.