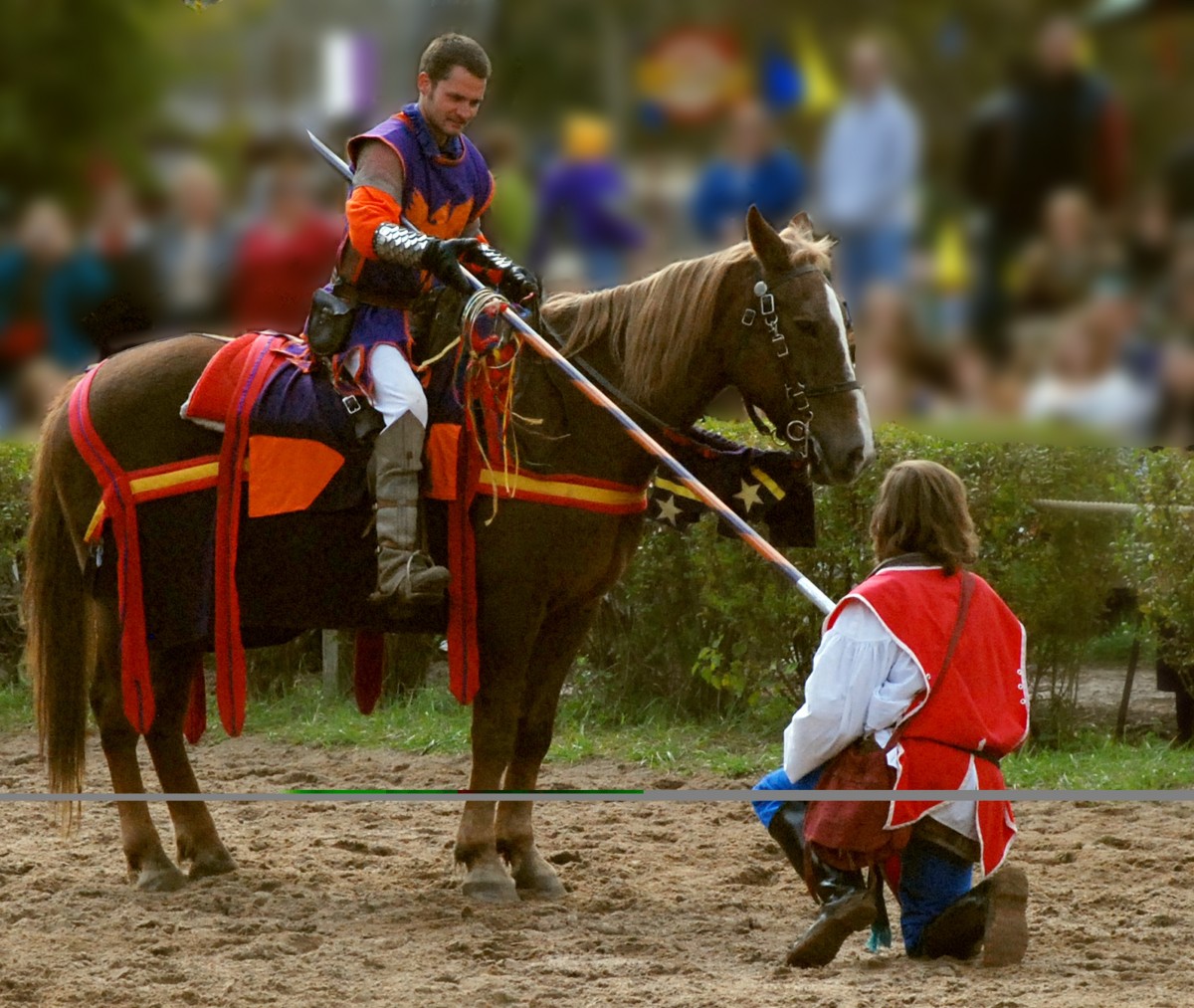 Have you ever wished for a time machine? It’d be incredible to travel back to the distant past, to witness momentous events like the storming of the walls of Antioch in 1098, the forced signing of the Magna Carta by King John or the fall of Constantinople to the Ottoman Turks. In lieu of a mad professor with a flux-capacitor-equipped sports car, it’s unlikely any of us will get to witness it first-hand. One option to get a “taste” of the action by playing historically accurate videogames such as Chivalry, Medieval Warfare, but this is not the only option. There is a large and growing subculture of re-enactors, live-action role-players and medieval revivalists who aim to get as close to the truth of these past events as possible – both in North America and around the world. A plethora of medieval makers, medieval suppliers and medieval stores have sprung up to facilitate the hobby market, meaning that there’s no easier time to start your own collection of medieval arms, art and armor – or even to get into re-enacting yourself!

The Magic of the Renaissance Faire

If you’ve ever seen a medieval re-enactment in real life, if you live in North America, it would probably have been at a Renaissance Faire. These are bold, colorful celebrations of medieval life and times, replete with actors and re-enactors wearing period dress known as ‘impressions’ -sometimes with varying degrees of accuracy! Many Renn Faires feature a broad range of time periods, with Romans and Tudors butting shoulders, and some even blur the lines between fantasy and historical re-enactment. You’ll usually see a selection of the different types of re-enactment: artisan craft workers set up their own medieval stores, ‘living history’ practicioners demonstrate immersive simulations of medieval life, and armored warriors engage in mock battles. Renaissance Faires began in the aftermath of the Second World War, with a revival in interest in medieval and Renaissance history in the US.

The first ‘modern’ Renaissance Faire was the Renaissance Pleasure Faire of Southern California, which took place in 1963 as a one-off event – but which is still going strong! (It has been on hiatus since 2020 due to COVID-19, but it fully intends to resume when it is safe to do so.) They’re a blast – and you can’t help but be suckered in by the love that the performers clearly have for their craft. But Renn Faires aren’t mere frippery and silly costumes. They rest upon a deep history of human storytelling that stretches back into the ancient past.

Re-telling the past through physical re-enactment is nothing new. In fact, it’s probably one of our oldest forms of storytelling. Ancient Romans re-enacted battles that were famous in their time, dressing teams of gladiators in various nations’ dress and having them fight to the death! As well, the medieval period was being reproduced and re-enacted almost as soon as it was over: the second half of the 18th century saw a re-emergence of medieval art styles, like Gothic Revival architecture. The Victorian era was where the obsession with the medieval really took off. In their search for a mythic past (often to justify the supremacy of Western nations over their empires), they found it in the imagined chivalric past, where brave nobles knights would vanquish evil foes – although these were most often only fanciful stories like the Arthurian cycles, written from the 13th century onwards.

As antiquarian curiosity began to develop into a more rigorous discipline of archaeology and systematic historical analysis in the early 20th century, a much greater variety of voices came forward, examining the histories of ordinary people. Eventually, this spurred the emergence of women’s history, Black history, queer history and others. All of these contributed to a much richer understanding of the past, and gave the basis for more faithful ways to re-enact and reproduce the medieval period.

How to Get Started in the World of Re-Enacting

You’ve decided. You want to know what it feels like to be an Elizabethan noblewoman, or an Anglo-Saxon axeman. The best way to get started is to join a re-enactment club. There are countless thousands of them in every country, each with their own specialisations and rules – from the US-based Society for Creative Anachronism to the UK’s Sealed Knot. But you can dip a toe into the world of medieval re-enactment without leaving your own home. A medieval store like this provides you with everything you need to create your own bespoke medieval ‘impression’. There are thousands of ways to combine the off-the-shelf products that are now available at medieval stores; you can mix-and-match, customize, or even augment them with your own home-made clothing. Museum collections like the UK’s Royal Armouries can provide fantastic inspiration for medieval arms and armor, and there is a huge variety of books on medieval costume.

So, what’re you waiting for? Join the ranks of the re-enactors and roleplayers in your area (or on the many online forums and message boards) – and get that bit closer to your dream time machine.