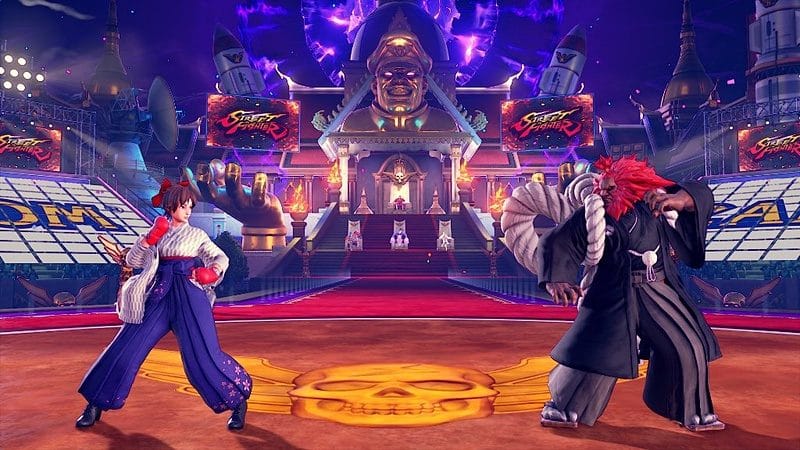 As video games appeared relatively recently – the first video game was released at the beginning of the 1970s, it is understandable that video game developers drew their inspiration from popular books, movies, etc. In fact, everything can be an inspiration for a game, many game creators have developed beautiful, unique and complex worlds and scenarios that exist only in their games. You can’t put a limit to fantasy.

Real events, as well as works of fiction can serve as a basis for a video game – 1979 Revolution: Black Friday is an example of the former, whereas Aladdin is an example of a game based on a work of fiction. There are plenty of games where developers created a whole new universe just for the sake of the game, Lara Croft: Tomb Raider and Assassin’s Creed series are two examples that come to mind. The degree of real-life events, narratives or characters that are included in a video game vary, there are games where even the laws of physics and logic don’t apply.

However, here we want to give you a slightly different perspective – we’ll have a look at video games that served as an inspiration for books, films, products, services and what not.

This is one of the first and one of the most successful films based on a video game. Street Fighter the movie was released just before Christmas in 1994 and it collected almost $100m at the box office internationally. The movie featured some top-notch actors, including Jean-Claude Van Damme, Raul Julia, and Kylie Minogue. The film follows the storyline of the second title in the video-game series, but only loosely. The reception was less than positive, still, one has to admit that this was one of those that paved the way for subsequent films based on video games. Even though it wasn’t popular with critics, fans of the video game still loved it.

This is another film based on a video game that amassed almost $100 million at the box office, worldwide. Hitman also wasn’t positively acclaimed by critics, but fans of the original Hitman video game enjoyed it. Critics felt that there is too much extreme violence, but popular philosopher and film critic Slavoj Zizek placed Hitman in his top 10 film list. The sequel was initially cancelled and then rebooted. A second film named Hitman: Agent 47 was released in 2015.

In addition to the films, there are also two books based on Hitman, one written by William C. Dietz, and another one by Raymond Benson. The Dietz’s book is called Hitman: Enemy Within and it is based on three games from the series – Hitman 2, Contracts and Blood Money, whereas Benson’s book is a prequel to the Absolution game.

There is also a Hitman slot and this is just one of the many online slots that are based on video games. In fact, it’s not just versions of slots that are based on popular video games, online slots as a genre borrow a lot from conventional video games. Slots in the old days were very simple and two-dimensional, nowadays we have games with refined graphics, complex features, and even interactive games, as well as games where progressive is saved and you get to continue where you left off the last time.

This was the first film based on a video game that earned more than $100m on the box office, in fact, the revenue from this classic amounted to almost $275m and it was by far the most successful game-based film of its time. Featuring popular actress Angelina Jolie as Lara, this film is now considered a classic, even though it wasn’t a critics’ favourite. This film was released in 2001 and the second sequel came out two years later.

A movie titled Tomb Raider went out last year and even though it was more positively acclaimed by critics, it still managed to collect only as much as the first Tomb Raider film. Tomb Raider was also turned into an online slot game, in fact, there were three video slots based on it.

There are four Tomb Raider books, all written by different authors, with Tomb Raider: The Ten Thousand Immortals being written by Dan Abnett and Nik Vincent.