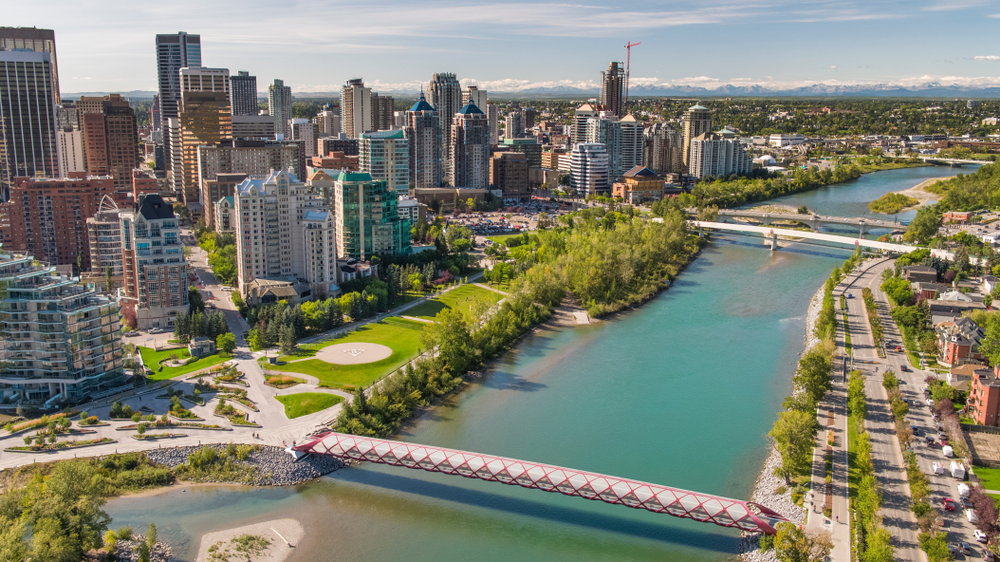 Some would argue that a city’s best allure is its people. Others would say that industry, business, wealth, or sports are more significant. In any case, whatever defines a great city defines Calgary — especially if the best-city metric is industry and business.

Calgary, Alberta’s largest city, has more than 1.3 million citizens in the city proper and a metropolitan population of more than 1.4 million. Calgary’s population is a near-perfect blend of immigrants and non-immigrants, combining to infuse diversity and specialization in the businesses in Calgary.

Perhaps, it as a direct effect of its population diversity and number that Calgary can maintain the highest personal income per capita ($59,907) in Canada.

Calgary’s industries appear to be a significant factor in its population makeup and economic status.

The following list is provided by Calgary Industry – a Calgary-based consulting firm. If you are thinking of relocating to Calgary, read-on to get the inside track.

Alberta is Canada’s biggest oil and natural gas producer, with Calgary leading the charge. Some of the most prominent players in Canada’s energy industry, like BluEarth, Suncor Energy and Shell Canada, have their head offices right in the centre of Calgary.

With more than 50 million acres to itself, Alberta is covered by one-third of farmland. A massive percentage of this farmland is irrigated and enables successful farming.

As of 2018, around 20% of Canada’s total agrifood exports came directly from Alberta, with Calgary as a major player. Vegetables, oats, wheat, and pulse crops are all exported significantly in Calgary. The total value of exports from Alberta is well over $11 billion.

Calgary can play an essential role in food export because of its established road, rail and air access to key North American and International markets.

The future of agriculture in Calgary remains intact. The University of Calgary created the Simpson Centre for Agriculture and Food Innovation and Public Education to oversee and develop agricultural research.

Calgary certain qualifies as an ‘aviation hub’ and enjoys a rich mix of programmers, pilots, software engineers and every type of personnel needed to get an airport functioning optimally.

Some notable companies in Calgary’s Aerospace include; YYC Calgary International Airport and SkySensus (a leader in unmanned aerial systems).

There’s plenty of opportunity for research and obtaining certifications at the University of Calgary and Mount Royal University.

Alberta leads the way amongst all of Canada for strategic efforts to address global health issues. More than 100 life sciences companies have set up shops in Calgary, including Brightsquid, Nanalysis, AazeinTx and Circle.

Hatch-YYC and Biohubx are some of the innovations in Calgary established to attract even more talent to push forward Calgary’s vision to be a top player in global health.

The Calgary Film Commission is a full-service agency on hand to make the filmmaking process painless. No wonder the city made Moviemaker’s list of the top ten places to live and work as a moviemaker in 2022.

Then there’s the interactive digital media subsector featuring Digital Transformation (DX). Projections are that up to $566 million will be spent on DX within the next three years.

Esports and immersive technologies also feature prominently in the city.

Calgary has all the makings, features and technical know-how required of an ultra-modern city in 2022. The City is attractive to technical experts, creators, and several other workers looking to upscale professionally.

With several high-performing industries, it is crucial for anyone interested in the Calgary business space to keep up with the ongoing trends in the City.

Calgaryindustry.ca offers key information on the major industries in Calgary and should be a relevant tool to navigate the rich industry waters of Calgary.