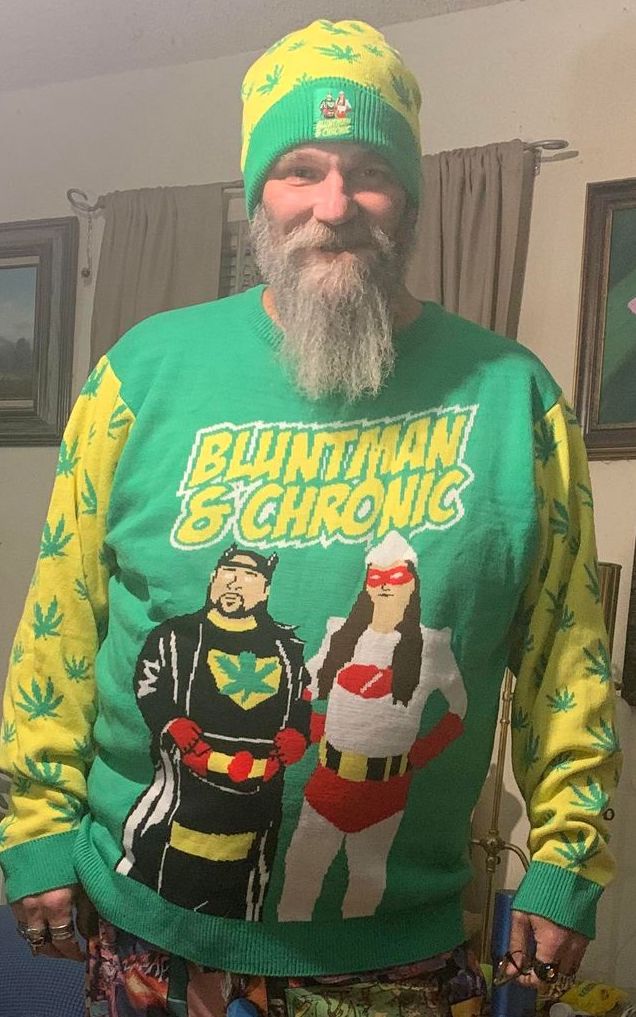 I’ve been a Kevin Smith fan ever since Clerks first hit the video rental stores. While I still quote Dante and Randal quite often, of course the standout characters were Jay and Silent Bob.

From there, as they say, the rest is history. With appearances in over half a dozen movies and heading three of them, these lovable potheads became cultural icons that are still adored today. Additionally, the comic book characters based on them, Bluntman and Chronic, appear in the movies Chasing Amy (1997), Jay and Silent Bob Strike Back (2001), and Jay and Silent Bob Reboot (2019).

With Silent Bob always wearing a hockey jersey and Jay dressing like, well, Jay, one of the last things you’d likely associate with them is a sweater. Especially one that apparently some people consider “ugly.”

However, I’ve seen some ugly sweaters and I’ve seen some cute ones with baby Yoda and other adorable themes, but I can’t think of a single time that I encountered one that I actually thought was cool. Or if I did, it wasn’t memorable.

Welp, UglyChristmasSweater.com has one and it’s SO cool that people are buying them not only for the office ugly sweater contest, but to wear throughout the winter. Why? Because arguably, it’s not ugly at all. 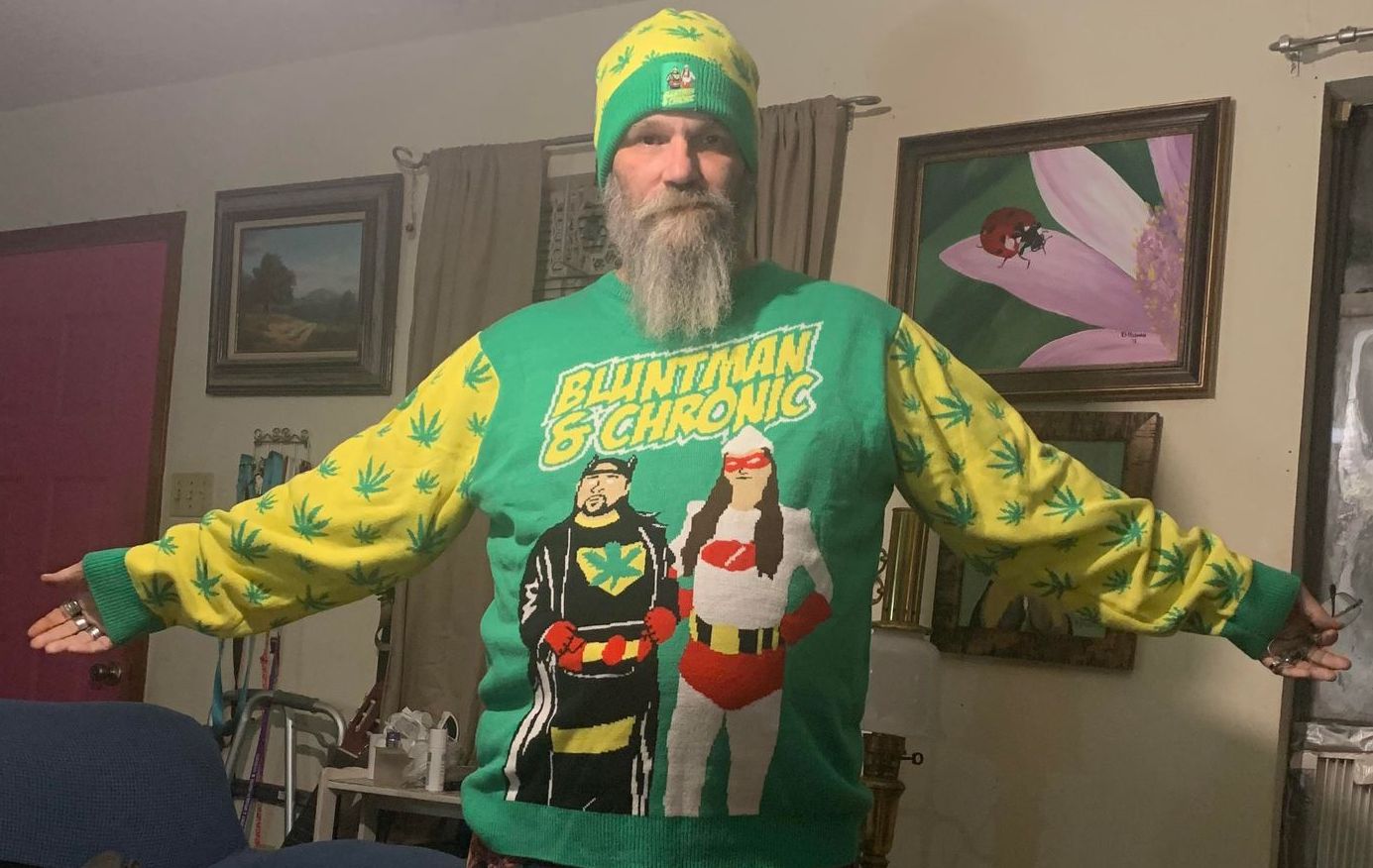 Show your Bluntman & Chronic pride by sporting this sweater around town and you’ll quickly find more fans. Ones that’ll likely be jealous of your taste and score.

I’ve gotten a lot of compliments on mine and while I don’t normally wear a winter hat or beanie, this one goes so perfectly with the sweater that I have to sometimes. In addition to the ones I received, there are 2 more Jay and Silent Bob sweaters and beanies available.

If a little snoochie boochies isn’t your thing, Ugly Christmas Sweater has other pop culture choices like Pulp Fiction’s Samuel L. Jackson or the leg lamp from ‘A Christmas Story.’

However, as their name implies, a good portion of their products are specifically directed at Christmas. Like I said earlier, that’s one big reason that I like the Jay and Silent Bob collection, they can be worn any time anywhere.

After checking out two products from UglyChristmasSweater.com, I can definitely recommend them for all your ugly sweater needs… as well as a few that are cool no matter what time of year.