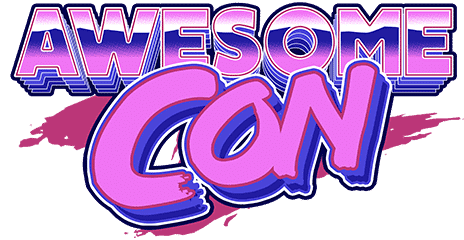 With a focus on storytelling, content creators, writers and publishers, Awesome Con has partnered with Solid State Books to launch the inaugural Book Fair. This year’s Book Fair guests include author of the internationally known Demon Cycle series Peter V. Brett, renowned editor Ellen Datlow, author of How to Mars David Ebenbach, national bestselling author of The Wolf Queen: The Promise of Aferi’s Cerece Rennie Murphy, and many more. Solid State Books will also be running a free Recommendation Station for fans. Stop by the booth #2501 and talk to any of the staff to find your next read!

In its first-ever debut to Awesome Con, Destination Cosplay will radiate throughout the Show Floor, in cosplay-themed programming all weekend long, and in Cosplay Meetups in Room 149B. While there will a selection of over 20 cosplay themed meetups throughout the three-day weekend and showcase of the wildly popular Awesome Con Cosplay Competition, attendees can also get a chance to meet cosplay guests including Joe Colton Cosplay; Kiwi Ninamori, BlerDCon’s cosplay contest winner, Ginoza Costuming who will be signing at theSONICBOOMBOX Booth, and the Philadelphia Avengers.

For the littlest fans, Awesome Con Jr. intersects fun, play and family-friendly activities and workshops. Fans in their favorite superhero cosplay will have a chance to get bendy at Kids Superhero Yoga all Saturday afternoon in our brand new Movement Zone. Crawling and climbing skills will be on display at the Super Baby Obstacle Course, and younglings can take part in an introductory course to lightsabers with the Saber Guild, where kids learn basic dodges, blocks and Force moves, also in the Movement Zone. Don’t miss unique performances on the Awesome Con Jr. Stage including the Kid’s Cosplay Parade, Prince/Princess Training, and Hero’s Quest by Awesome Con comic guest Arsia Rozegar. Kids can draw and craft along during our hands-on Awesome Con Jr. workshops hosted by Max Meow creator John Gallagher, Scoot Comics, Shawn Durington and more! See the full schedule at www.awesomecon.com/awesome-con-jr.

Foam Brain Games is back with another awesome year of tabletop gaming. Gamers can compete in the Dungeons and Dragons Adventurer’s League, check out classics like King Tokyo and Catan or take an adventure with narrative-based tabletops like Alter Arms. See a full list of games and more online atwww.awesome-con.com/tabletop-gaming.

The party doesn’t stop at Awesome Con when the convention ends. Join the official Awesome Con After Party with SONICBOOMBOX at the Hard Rock Cafe on Saturday, August 21 and dance the night away with DJ Taylor Senpai. Plus hang out with special guests including cosplay host Mikal Mosley, DC-based drag queen Logan Stone, and more! Masks and proof of vaccination are required. Tickets are $20 if you buy in advance, $30 at the door! Tickets on sale at www.awesome-con.com/afterparty.

VIRTUAL DASHBOARD & MOBILE APP: The Awesome Con Mobile App is your best bet for the most up-to-date information and to access guests, schedules, exhibitors virtually. Download it via Google Play and the Apple App Store.

Fans can also check out the virtual dashboard to get a mini programming schedule with jam-packed content online. See “Countdown to the Con” and learn more at www.awesome-con.com/countdown-to-the-con.

COVID-19 HEALTH & SAFETY UPDATE: With the help of the convention center and guidance from the local health department and CDC, Awesome Con is committed to making the health and safety of our fans, exhibitors, guests and staff a top priority. Please see the full policy and updated safety protocols online at www.awesome-con.com/covid-19.

Awesome Con is the biggest annual comic and pop culture convention in Washington, D.C., having welcomed over 72,000 attendees in 2019. Awesome Con celebrates all aspects of geekdom and pop culture, with a wide assortment of engaging events, comic books, collectibles, toys, games, original art, cosplay and more. Awesome Con is presented in partnership with LeftField Media, an event organization company developed by the founder of New York Comic Con. Learn more at www.awesomecon.com.