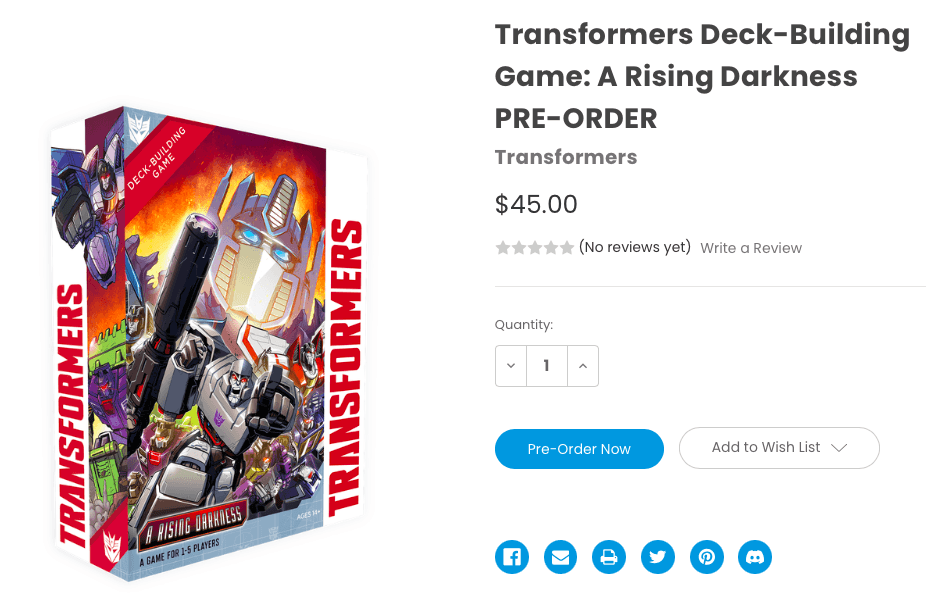 I WILL WIN BY ANY MEANS! AT ANY COST!” – Megatron

This expansion is compatible with the core game and like it, will offer 2 primary modes of play: Competitive mode (the Decepticons squabble amongst each other while they face the Autobots) and Cooperative mode (the Decepticons join their forces to defeat the Autobots). This expansion also introduces rules for Team vs Team games, featuring Decepticon players against Autobot players when combined with the Transformers Deck-Building Game Core Set.