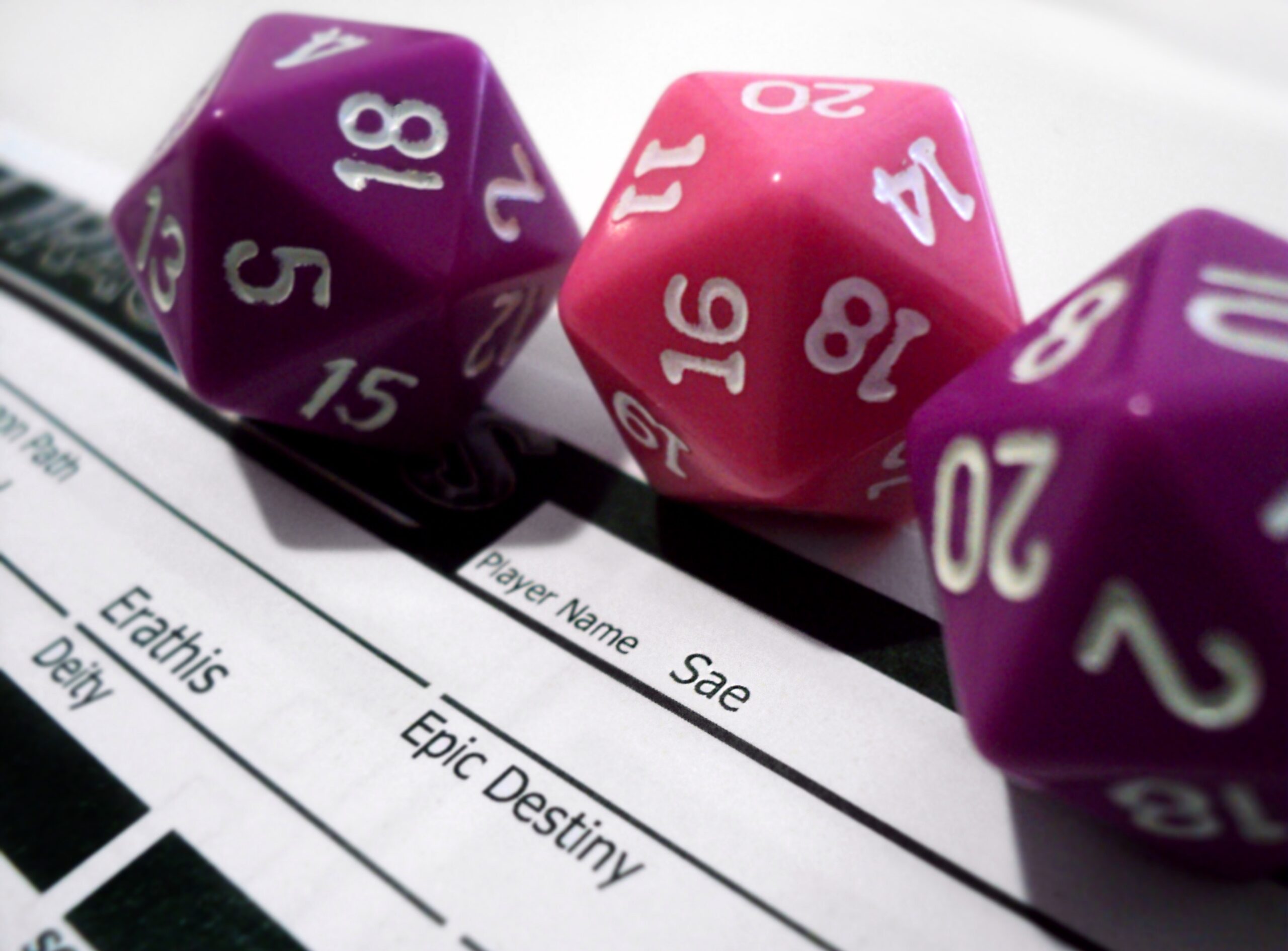 Dungeons & Dragons has a long history. Each edition brought something new to the world’s most popular tabletop RPG. Today we’re looking at a short history of Dungeons & Dragons and the different editions that have been released.

The first edition of D&D is the absolute bare-bones system that we know in love. It required players to have knowledge of the Chainmail game system and was dependent upon it. It was more of an add-on than a separate game and it was poorly written to boot.

That doesn’t mean it wasn’t fun. The concepts it introduces were wildly popular, but unfortunately for the two founders, Gary Gygax and Dave Arneson, it was easy to replicate and even easier to write clearer instructions. This led to the rise of several different clones including the on-the-nose named Tunnels & Trolls.

Advanced Dungeons & Dragons is the first true D&D version that we all know and love. It was completely rewritten. It introduced the 3 core manuals that we all still use today, Player’s Handbook, Dungeon Master’s Guide, and Monster Manual.

In addition, all of the additional supplements and rules that were later released for the original Dungeons & Dragons were included. This added official rules for the standard classes that we all recognize as well as the full 9-tiered alignment system.

The 2nd Edition of AD&D was released with a basic set that offered the essential information and rules necessary to jump right into the game. This was the precursor to the starter sets that each edition now releases.

The 2nd edition attempted to streamline the rules and make them more user-friendly, but it also was edited to remove many of the references to demons and devils. This was due to the years of the bad press where D&D was falsely linked to satanic cults and suicide attempts.

The original founders of D&D were Gary Gygax and Dave Arneson. Together they cobbled together the rules for the original Dungeons & Dragons we talked about earlier. Looking at it today it’s hardly recognizable as what modern-day D&D has become. It also suffered many growing pains that led to several lawsuits.

Gary Gygax rewrote and refined the rules and the game system in Advanced Dungeons & Dragons, but Dave Arneson wasn’t given any royalties.

The two eventually ended up in court where Arneson did win a share of royalties. Gygax was again brought to court when the owners of Tolkien’s estate sued for damages because of the obvious inspiration that came from The Lord of the Rings and Middle Earth.

Eventually, both men sold off their rights to Wizards of the Coast and they repackaged Dungeons & Dragons into the 3rd edition.

D&D 3rd Edition was the first edition written and published by Wizards of the Coast after purchasing the rights from Gary Gygax and Dave Arneson. 3rd Edition utilized a brand-new system called the D20 system. It completely changed the D&D system and allows players to resolve most major conflicts and decisions with twenty-sided dice.

In addition, combat was revamped and became much more intricate with numerous rule changes and tactics-heavy combat. One of the most interesting aspects is that they eliminated theDnD Races restrictions. Certain classes could only be played with certain races, and 3rd edition gave players much more freedom for customization.

Wizards of the Coast published numerous supplements and sourcebooks for the 3rd edition, and instead of rewriting the system entirely, they compiled all of the complaints and rule changes that they had made over the years and re-released the 3rd edition as 3.5. It’s one of the most popular versions of the game to this day.

Dungeons & Dragons 4th Edition (aka the Rise of Pathfinder)

Dungeons & Dragons’ 4th edition was supposed to be the gap between the original analog D&D and a digital D&D experience. It introduced technology to the classic game and had a large emphasis on miniatures. It was supposed to usher in the era of programs like DnDBeyond and Tabletop Simulator to bring D&D into a new era.

It was notoriously bad, and critics were quite harsh with it. This unintentionally led to the rise in Paizo’s Pathfinder RPG game which grew leaps and bounds compared to 4th Edition. Players either jumped ship to Pathfinder or stuck with D&D 3.5.

Commercially, it eventually recovered, but many fans and players had left for other games or systems that used the open licensed d20 system like Pathfinder. It wasn’t until the 5th edition that D&D once again became the undisputed tabletop RPG.

When Dungeons & Dragons released the 5th edition there was a huge resurgence in the popularity of the game. The rules had been changed and simplified so that most decisions come down to rolling a d20 with either Advantage or Disadvantage.

If you have Advantage, you’d roll the dice twice and take the highest number. Disadvantage forced players to do the same, but take the lowest dice roll for their action.

Along with a new simplified ruleset, pop culture began to heavily feature D&D, giving it even more of a boost. Nerd culture had become increasingly normalized mainly due to shows like Stranger Things, comic book movies, and a new D&D movie.

The newest iteration of the world’s most popular tabletop RPG is called Dungeons & Dragons One. It’s currently being developed and like most of the editions, fans are either calling it the next best thing or the worst thing to happen to the game.

Some supplements and previews have been released, but it seems to be moving along the lines of a more simplified ruleset that will appeal to a broader audience.