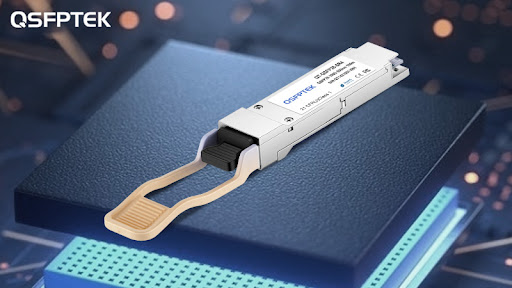 Today, 100G Ethernet is becoming more and more popular in the field of optical communication, and it has also formed a popular trend in data centers. 100GBASE-SR4 and 100GBASE-SR10 are both 100Gb Ethernet standards, but what’s the difference? Next, let’s discuss the differences between 100GBASE-SR10 and optical modules in several aspects of the two main physical layer standards for short-distance interconnection. In this blog post, we will take a look at the specifications of each standard and see how they compare. We will also discuss which one is better for your business needs.

CFP is a 100GBASE-SR10 representative component. It has been defined by competing manufacturers as an MSA, which is specified in-house at our company and comes after Small Form Factor Pluggable (SFP) interfaces but handles 10x faster data transmission rates for 1000base rugged Ethernet applications like ours Every sound!

QSFP28 is the latest 100G Ethernet component. QSFP28 uses four 25G data transmission channels, each of which supports the latest 100/50/25G optical modules and equipment interconnection. Therefore, it is the most representative component of 100GBASE-SR4. So in terms of appearance, QSFP28 is more popular than CFP.

The QSFP28 has been a popular choice for those seeking to connect with the latest technology, and it’s easy because this module uses four 25 Gbps data channels. It also supports 100/50GBASE-SR4 modules which are increasingly becoming an option among network providers as they invest in new infrastructure options such as Optical Transition Networks (OTN).

The transceivers for the 100GBASE-SR4 and 100GBASE-SR10 interfaces correspond to QSFP28 and CFP, respectively. Therefore, they have significant differences in size. As shown in the figure below, the CFP size is much larger than the QSFP28. Obviously, CFP is not suitable for high density applications. In contrast, QSFP28 increases the density of the front panel, reduces power consumption, and is relatively inexpensive. Therefore, QSFP28 is more popular than CFP. Therefore, as high density has become a trend in data centers, in order to meet this demand, QSFP28 (100GBASE-SR4) has an advantage over CFP (100GBASE-SR10).

100GBASE-SR4 enables higher data transfer rates per channel with fewer channels so that port density can be reduced.

Comparison of cable and connector types

The interfaces of 100GBASE-SR4 and 100GBASE-SR10 can optically reach 4×25Gbps and 10×10Gbps data transfer rate respectively, so they can easily complete 25GbE/10GbE with only MPO/MTP to LC backbone jumper Upgrade to 100 GbE.

The 100GBASE-SR4 was withdrawn from the market because it’s less advantageous than its counterpart. It lacks some features that are found on other types of cables, like power consumption and cost to performance ratio which leads us into thinking this might be one reason why they were pulled back?

It is also worth mentioning here how these differences can affect your system as well – What do you want most out them? Performance or Reliability